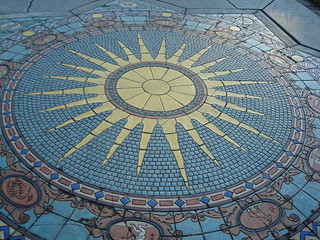 A couple of other religions which often go un-noticed are the occult and New Age. I might better say un-addressed, as both of these are all around us to various extents (hardly un-noticed). I ran across an excellent resource which I wanted to pass along. Brian Auten of Apologetics 315 interviewed former astrologer Marcia Montenegro who, after becoming a Christian, founded Christian Answers for the New Age (CANA).

I learned a lot through this excellent interview which can be found here: Interview: Marcia Montenegro (former astrologer) – Monday, June 13, 2011

This is a topic which very few apologists (including myself) or Christians in general are equipped to speak to. Often, as Marcia says, it gets ignored or Christians are fearful of addressing it. It is another area we need to work to become familiar with. Many of the associated views are becoming quite common and popular in our culture. While we often speak of culture becoming ‘secular,’ very few individuals really hold to a purely secular position. Often, other religions or parts of various religions seep in to fill the spiritual vacuum. New Age and occult ideas are as close as the newspaper or Oprah show, and very easily (and often innocently) picked up and added to our ‘spiritual’ mix.