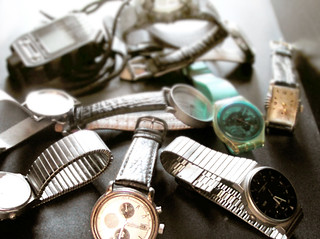 I have been posting apologetic type responses and material on the Internet now going on eighteen years (on other types of ‘e-communication’ before the Internet was popular). I don’t usually hang out in atheistic discussion forums, but instead try to inject some reasoned, and/or ‘salt and light,‘ content into secular discussions when relevant. This often leads to discussion which I hope to be more helpful than the back-and-fourth one often finds. I have, however, had many people tell me this is a waste of time!

I’ve never gotten into a serious discussion over it with most of these people though, so I don’t know precisely why they believe this. I have picked up on enough in their responses which would indicate a few possibilities: Some seem to suggest that these ‘Internet people’ are unreachable; kind of like the ‘throw pearls before swine’ argument. I’ve heard responses that are just anti-apologetic in nature; like ‘no one has ever been argued into the Kingdom.’ I have heard arguments that make me believe the person thinks that the only place evangelism will likely work is in the church pew. Frankly, about the only good argument I’ve ever heard has something to do with suggestions for better uses of my time. At least that one is debatable (and sometimes, I’m sure, true). The others simply seem like poor theology. If you disagree, that is what the comments section below is for. 😉

Well, for anyone who has ever answered that question ‘yes,’ please listen to the following discussion on Richard Morgan’s conversion to Christianity:

With all of this in mind (and hopefully agreed upon), there are some things that many apologists, including myself, can learn about HOW we go about our apologetic efforts. This is especially true on the Internet where things are a bit too anonymous and too easy to just walk away from. We end up acting in ways we would never even consider in an in-person interaction.

Richard Morgan, at one point, says of David Robertson’s efforts, “He was always there. He always kept coming back. He remained within the dialog. He kept the communication open. . . regardless of the insults and abuse that he received, he kept coming back.” I have personally strived to do this, but have often failed. I also tend to spread myself too thin to maintain this kind of commitment. This is something I need to work on, and repent of.

He makes a great point about the communication consisting of both the facts of the communication, and the words of the conversation. This latter part is the human communication and contact. It is far too easy to lose this aspect when on-line. This means we must work especially hard to be sure this part comes through, and that it is Christian in nature! This often means some extra words need to be spent on clarification and intent, etc. Once again, I have often fallen far short in this regard, try as I may.

One aspect that incorporates a founding principal of TilledSoil.org, is when he talked about witnessing doing no good if you are not speaking the language of the person you are talking to. As apologists, we must a) understand our faith well, but also, b) understand the culture we are communicating to! How often have we all experienced both sides of a conversation just arguing or speaking past one-another? This is why we will be adding a lot of ‘Term Definition’ articles to this site as time goes on. Term definition and sensitivity to how terms are being used needs to become a major part of our communication effort.
And, ultimately, while I have seen little in the way of swaying the position of those who I’m actually in discussion with (though I pray I will reach them too), I’m more interested, tactically, in the observers of the conversation. These are the thousands of readers who may or may not ever participate in the discussion, are less entrenched in their positions, but who may be influenced by such a conversation. I know this happens because I’ve heard from some of them – sometimes years later.

Please take a careful listen to this great interview. And, thank you, Brian Auten, for the work you do over at Apologetics315 in bringing these kinds of interviews to us!