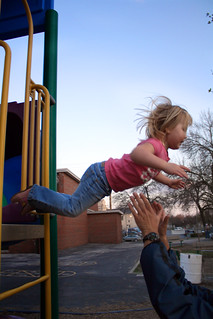 Since the previous post on faith I did a bit more digging.

First, the word faith – remember, faith is an English word translated from the Greek = pistis from peitho (persuade) – means trust of that which I am persuaded to believe is true or real.

The root of pistis is peitho, which is defined by Strong’s Greek Dictionary as: to convince; to pacify or conciliate; to assent; or to rely (by inward certainty). Thayer’s Greek Lexicon defines peitho as: 1) to persuade; 2) to be persuaded; 3) to trust, to have confidence, or to be confident.

Easton’s Bible Dictionary gives the following definition: “Faith is in general the persuasion of the mind that a certain statement is true. Its primary idea is trust. A thing is true, and therefore worthy of trust. It admits of many degrees up to full assurance of faith, in accordance with the evidence on which it rests.”

Now, let us look at how Scripture itself defines faith.

Heb. 11:1 Now faith is the assurance (hupostasis = ‘a support, substance, steadiness, confidence’) of things hoped for, the conviction (elegchos = ‘a proof, test, conviction’) of things not seen. (NASB)

I especially like how Eugene Peterson put it in The Message paraphrase:

Heb. 11:1 “The fundamental fact of existence is that this trust in God, this faith, is the firm foundation under everything that makes life worth living. It’s our handle on what we can’t see.”

A couple of other verses to consider:

Jesus was not above giving evidence to back up his claims.

Luke 1:1-4 Inasmuch as many have undertaken to compile an account of the things accomplished among us, just as they were handed down to us by those who from the beginning were eyewitnesses and servants of the word, it seemed fitting for me as well, having investigated everything carefully from the beginning, to write it out for you in consecutive order, most excellent Theophilus; so that you may know the exact truth about the things you have been taught. (NASB)

It seems Luke could have more easily just have told Theophilus, just believe! Notice that Luke is interested in the facts and details.

Acts 17:11 “Now these were more noble-minded than those in Thessalonica, for they received the word with great eagerness, examining the Scriptures daily to see whether these things were so.” (NASB)

The Bereans more noble for testing what they received.

1Th. 5:21 “But examine everything carefully; hold fast to that which is good;” (NASB)

All of this should pretty much do away with the ‘just believe’ mentality which comes out of some Christian circles. We certainly need to guard against becoming overly skeptical, but God wants us to build our faith on a firm foundation.

But, what about the skeptic who says, “sure, I understand what you are saying about faith… but that is just the problem… there is no foundation you are speaking of. It IS just wishful thinking.”? To answer this charge is what the discipline of Apologetics is all about.

1Pet. 3:15 ” … but sanctify Christ as Lord in your hearts, always being ready to make a defense to everyone who asks you to give an account for the hope that is in you, yet with gentleness and reverence …” (NASB) [emphasis added, mine]