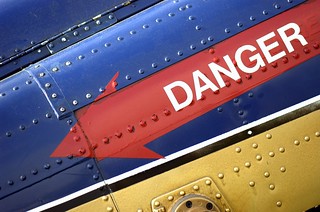 Apologetics is kind of like a tool. It can be used properly or improperly. Think of a hammer. You can use it to pound nails into lumber, or you could hit someone with it. Proper use is use out of love for our neighbor, not to beat them up or to win.

We live in a world today where Christianity is not ‘simply accepted’ by the majority. People will not be coming from a position of accepting Christianity until they feel they have found too many flaws in other worldviews. They will, instead, be skeptical unless they are given a good reason to believe. This makes apologetics crucial. Francis Schaeffer famously referred to it as ‘pre-evangelism’.

Here are some tips:

Here are some dangers:

Hopefully these tips are helpful and will prepare you in communicating the ‘meat’ of apologetics, presented in other posts here and elsewhere. Unfortunately, you will find that I will often fail in many of the above points. When you see me doing so, please don’t be afraid to call me out on it in the comments (just try to do it nicely please).