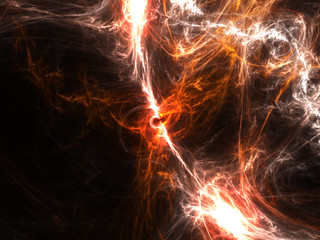 For those who follow the media related to Christianity, you have probably not missed the buzz surrounding Rob Bell’s upcoming book “Love Wins.” Until someone has actually read it, it might be wise to speak with caution. However, the publisher has certainly done a good job of marketing by stirring the pot! In my opinion, though, the fact that this is getting this much attention points to an apologetic problem in our churches. (1)For those out of the loop, it might be interesting to note that Rob Bell actually made it in the top 10 most mentioned topics on Twitter. Think about that for a moment.

What is that problem you ask? It is the problem that many Christians today (let alone the general public) seem to be having with the doctrine of Hell. I think it was R.C. Sproul I once heard note that nearly everything we know about Hell comes from the lips of Jesus! Maybe God realized that due to our depravity, we’d try to wiggle our way out of that one, so He told us directly, rather than leaving it up to apostles who might be doubted more easily. But if Jesus taught this doctrine, and so strongly, why are Christians having such a problem with it?

Noting that authors often do not get to pick the final title of their books, the title ‘Love Wins’ actually says a quite a bit. It immediately sets up a dichotomy between love and something. What is this other thing? Justice (ie: hell). Once one sets up such a dichotomy, a number of problems arise. First, it would seem to be setting up a misunderstanding of love. There can be no real love without justice. Second, it would make reading and understanding the Bible quite difficult. To put this really simply, and make it memorable:

You can’t have John 3:16 without Luke 3:16! (2)Thanks to Greg Koukl of str.org for discussing Luke 3:16, which helped me make this connection. And, lest you be a bit too Pentecostal and misunderstand Luke 3:16 alone, be sure to keep reading v17. … Continue reading

Throughout the Bible, we clearly see demonstrations of God’s love and justice. They are not in opposition to one another. John 3:16 often gets thrown out there (in isolation and out of context) but many of the justice verses aren’t quite so familiar. If they are familiar, they are too often ignored.

As for Rob Bell, I guess we will have to wait and see. From other things I’ve been reading about him, it nearly seems we’re deciding if he is a heretic or merely heterodox at this point (universalist or annihilationist). Either view is problematic, as the first shows one doesn’t understand (or agree with) the Bible, while the latter, at least shows one isn’t thinking theologically. (3)Does the Bible give us any reason to believe our souls are not eternal? If saved souls are eternal, why wouldn’t damned ones be? (Note: I may well have to give this point up, see discussion … Continue reading)

The reason I say this illustrates an apologetic problem for our church and culture, is that the very fact that such a book gains a popular hearing, shows the majority of people aren’t very informed on the subject. But, this cloud has a silver lining as well. It is brining a topic like this into general public conversation. This gives well prepared Christians a great opportunity to speak with others about a subject which might otherwise be pretty socially taboo. But, I fear that, unfortunately, few Christians have been properly equipped for such a conversation. Yet another illustration of why apologetics training is so crucial! (4)Time to add to our to-do list, an article on the doctrine of hell.

Due to some of the comments I have received, I decided I should include some things in an update.

First, I should probably apologize for my “isn’t thinking theologically” comment, as I can now see that someone could come to such a conclusion thinking the issue through theologically. Maybe a more precise way to express what I was trying to say, is that, IMO, they can’t do so AND also fully encompass the Biblical witness (data). (Note: Annihilationists generally argue that the below verses are actually taken out of context (based on O.T. background or genre) or that the eternality refers to the destruction, not to the torment and eternality of the soul. See my next ‘Update’ below for further details.)

Also, to expand a bit more into the Biblical witness:

Matt. 25:41   “Then He will also say to those on His left, ‘Depart from Me, accursed ones, into the eternal fire which has been prepared for the devil and his angels;  . . .  46 “These will go away into eternal punishment, but the righteous into eternal life.”

(same Greek word used for ‘eternal’ in both cases)

Rev. 14:9   Then another angel, a third one, followed them, saying with a loud voice, “If anyone worships the beast and his image, and receives a mark on his forehead or on his hand,  10 he also will drink of the wine of the wrath of God, which is mixed in full strength in the cup of His anger; and he will be tormented with fire and brimstone in the presence of the holy angels and in the presence of the Lamb.  11 “And the smoke of their torment goes up forever and ever; they have no rest day and night, those who worship the beast and his image, and whoever receives the mark of his name.”  12 Here is the perseverance of the saints who keep the commandments of God and their faith in Jesus.

Also, some other Biblical data to consider:

John 6:40 “For this is the will of My Father, that everyone who beholds the Son and believes in Him will have eternal life, and I Myself will raise him up on the last day.”

Acts 13:48   When the Gentiles heard this, they began rejoicing and glorifying the word of the Lord; and as many as had been appointed to eternal life believed.

Rom. 6:22 But now having been freed from sin and enslaved to God, you derive your benefit, resulting in sanctification, and the outcome, eternal life.  23 For the wages of sin is death, but the free gift of God is eternal life in Christ Jesus our Lord.

2Th. 1:9 These will pay the penalty of eternal destruction, away from the presence of the Lord and from the glory of His power

Rev 20:10 And the devil who deceived them was thrown into the lake of fire and brimstone, where the beast and the false prophet are also; and they will be tormented day and night forever and ever.

I admit that there is also a lot of destruction language, and language which appears as if one will cease to exist unless being upheld by God’s power, or given the gift. I agree. The soul isn’t some kind of immortal entity apart from the upholding power of God, if that is the argument going on between Greek philosophical views and Biblical ones (as pointed out by the comments below).

Also, I know it a metaphor, but: what are the worms that do not die eating? and the eternal fire consuming?

As a wise theology prof (5)Dr. Stackhouse of Regent College, though I’ll leave it up to him if he wants to take any credit for what I’ve said here. 😉  once told me, we need to be careful on terms like infinite and eternal. Infinite is more of a spatial or quantity/intensity type term as apposed to eternal which is more duration oriented or a quality. When speaking of God’s punishment and justice, perfect might be a better term. For example, God’s patience isn’t infinite, but perfect.

So, we can certainly say that those not covered by the blood of Christ will be perfectly judged and punished. But, does this require annihilation and if so, can that fit the Biblical witness? I’m still going to have to say no.

First, I want to reiterate what I said just above: that regardless of which view is correct (the ‘traditional’ eternal torment or the annihilationist), we need to think in terms of God’s perfect justice. We need to be focused on that aspect and that we create a ‘box’ which sets some boundaries to whatever viewpoints we consider. For example, the Bible clearly rules out universalism (that all will be saved, which seems to be where Bell headed), or that we rest our argument on the basis that a loving God wouldn’t give an eternal punishment (again, where Bell seems to head), or that everything is over at death, no judgement, no punishment beyond ceasing of existence. These are all unbiblical, and not within the camps of what we’re discussing here (though some annihilationists might go there).

Since I posted the original article and first update, I have been privileged to run across a good deal of more information (see below) on the topic, especially clarifying some of the best of the annihilationist position. I am actually finding it to be quite convincing, and have been disappointed by the response from the ‘traditional’ camp. That said: WARNING! – Whenever you consider a position which runs against the tide of historical orthodoxy, proceed with caution! While I found the arguments well laid out and quite convincing, I’ve also not put the time into studying to the other side (in this case, the ‘traditional’ view of eternal torment) with equal depth. I’m also not convinced that this resource found the best of the other side, despite the effort to do so.

My fellow apologist, Chris Date over at Theopologetics ran a series of podcasts which addressed the annihilationist position in great depth. I would recommend checking them out if you are interested in this topic. But, as warned above, this may only represent one side of the argument deeply. As I told Chris in an e-mail, however, this has greatly increased my respect for the position, correcting many misconceptions I had about it. It also, in my opinion, moves at least the views expressed in this version of annihilationism within the realm of Christian orthodoxy (something holders of this view have often not been privilege to in how they were treated).

Theopologetics podcasts on annihilationism (I found #72, #73, and #74 most helpful in understanding their view):

A representation of the other side on Theopologetics (apart from those as part of the above debates):