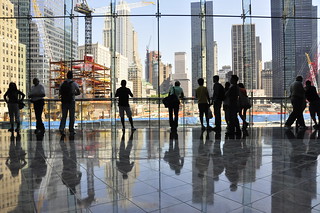 Over the years, my e-mail address has somehow found its way onto the lists of a whole bunch of political and Christian organizations, ranging from extreme ‘left’ to extreme ‘right’ in their views. Sometimes, browsing these can be amusing, but at other times, it just makes me mad.

This is what happened about three weeks ago (and in the last couple weeks) when I received e-mails from the American Center for Law and Justice (ACLJ) about the ‘Ground Zero Mosque’ project in New York city. For the unfamiliar, ACLJ is an organization specializing in legal defense of U.S. Constitutional freedoms (especially religious), headed up by their Chief Counsel, Jay Sekulow. You’ll often hear him on radio shows and advertisements on more conservative Christian radio. Many time, they do good work, providing legal balance against some of the wacky stuff the ACLU pulls and battling against abortion, etc.

I was quite shocked when I read the Ground Zero Mosque e-mail though. It says:

“But President Obama still doesn’t get it. When it comes to an Islamic mosque on the sacred site of Ground Zero, he’s out of step with the American people.”

I guess, in that case, I’m ‘out of step’ with the American people as well. And, it would seem, the American people are then out of step with the U.S. Constitution. One would think that one of the top legal experts on religious freedoms in the U.S. would understand this simple point. I get that he generally opposes Obama, but give me a break. When Obama is right, give him credit for it.

Then we get to this statement:

“This is NOT AN ISSUE OF RELIGIOUS FREEDOM! The issue at hand is the construction of a mosque at this sacred site.”

“We’re sending a POWERFUL message to President Obama: The site at Ground Zero is hallowed ground – and NOT the place to build a mosque.”

So, let me see if I understand this correctly. ACLJ is asking us to use political clout and money, to force President Obama to use any power he might have, to deny Muslims their Constitutional rights. Does anyone else see the problem with this?

So, yesterday, I get another e-mail from ACLJ saying:

“This is not a religious freedom issue …

This is not a political issue …

IT’S AN AMERICAN ISSUE. Your voice – combined with millions of others – has made this debate the #1 news story in America.”

And that is REALLY sad, and REALLY scary in my opinion. Then ACLJ goes on to list a whole list of ‘enemies’ of the ‘Christian Right’ that are in support of the mosque project, and then refers to Obama again:

“But he’s also ignoring the will of the American people…”

On August 4th, I wrote the following as part of an e-mail response to ACLJ:

“As a Christian apologist, I see this as not only embarrassing, but destructive to the Christian message. Denying religious liberties has typically been a ‘black mark’ on Islam (at least to a modern Western audience). Now, it seems, that when on Christian turf (questionably these days), ‘Christians’ will pull the same tactics on the Muslims if they can get the chance. Shameful! What a set-back to Christian apologetics.”

Ok, enough of the rant; on to some apologetics training.

First, when doing apologetics, we want to treat the people we disagree with in a fair manner. When ACLJ and other Christians act like this, it becomes an anti-apologetic to the Christian message. Apologists to Muslims have a hard enough job as it is. (And, shouldn’t every Christian treat their neighbor fairly anyway?)

But, second, when we see our Christian brothers and sisters acting in non-Christian ways, we need to stand against them in that action, and stand for what is right. This gets hard to do, especially when honor, emotions, money, and power are involved. Consider what is currently going on concerning Ergun Caner (and the famous apologists who have jumped to his defense), apparently involving tall-tales, lies, and cover-ups, which damage Christian witness to Muslims. (1)Click the link above or see: “A Sampling of Ergun Caner’s Myths” – 07/21/2010 – James White – http://aomin.org/aoblog/index.php?itemid=4084  As Christians, we can’t just overlook this kind of stuff because these people are ‘in our camp’.

Third, are Christians really so scared and unsure of the reliability of the Christian Gospel message, that they feel the need to resort to political power to force Christianity in (or push other religious out)? Historically, Christians do not have a very good track record with THAT method of ‘evangelism’. I think we’re much better off sticking with Jesus’ method of making disciples. Just think, if only half of the money that is probably being put into the legal defense against this mosque project, where instead put into a program to train Christians about Islam so they could effectively witness to Muslims, how much could be accomplished!

Fourth, we need to be careful about what we are REALLY saying through an action like opposing this mosque. As Dr. John Stackhouse points out at his blog:

“Either we think all Muslims are somehow implicated in the 9/11 terrorist attacks, or we don’t.

If we don’t think all Muslims are implicated in the attack, then of course they should be allowed to build a mosque or community centre or whatever the heck they want to build wherever the zoning and funding will allow—just like any other citizens.” (2)Click the link above or see: “Ground Zero Mosque: It’s a Simple Question” – Dr. John G. Stackhouse Jr. – August 17, 2010 … Continue reading

Christians certainly aren’t perfect. We’re fallible humans. Yet, we need to at least be trying to think these things through and act like Christians. When we make mistakes (especially those which do direct damage to Christian ministry), we need to admit our failure and apologize. I could understand little isolated groups of Christians doing this kind of thing, but the scale of this leaves me in amazement. That I haven’t heard more push-back from other Christians leaves me saddened. Please join me in acting like a Christian towards Muslims (or anyone else we encounter), and holding our Christian brothers and sisters accountable to do the same.

I received another e-mail from ACLJ today. This time, they are making a fuss about public funding:

“backers of the Ground Zero mosque are pushing for taxpayer funding to finance the $100 million project. . . . Make no mistake, this is nothing short of a double standard – your church would not be legally allowed to use tax-free bonds.”

But, a quick search turned up this Reuters article which spells things out a bit more clearly:

“Tax laws allow such funding for religiously affiliated non-profits if they can prove the facility will benefit the general public and their religious activities are funded separately.”

So, yes, if your church met the criteria (most churches probably wouldn’t, but then, neither would most mosques), it could get that kind of funding. Apparently, Jay Sekulow believes his supporters are too lazy to do a bit more research. Beware folks, even supposedly ‘Christian’ organizations aren’t above trying to deceive  you to win your support.

It seems they just won’t give up. I got another e-mail today (I’ve gotten several between my last update and now) talking about the progress in court. It seems the argument has now boiled down to: a) NYC didn’t give the site ‘landmark protection status.’ and b) “An Islamic victory mosque at Ground Zero would be a political statement supporting those attacks on our American values.”

As for A, granting that I don’t live in NYC or understand that area fully, I’m not sure why it would be granted landmark status, other than to put a roadblock in the path of the mosque location. It isn’t even at ‘ground zero’ but blocks away. Maybe it has become common practice to just use any legal loophole to get one’s way, but this certainly doesn’t seem very Christian to me .

For B, allowing Muslims to build their mosque would be a victory in principle showing that our ‘American Values’ actually mean something other than being a political propaganda toy! When we say freedom of religion, we actually mean it. We can show Muslims around the world that Christianity is religion strong enough to allow freedom of the mind and of religion, and still stand firm on its own.

Rather than silly stunts like ACLJ is promoting, may I urge instead that you get a good translation of the Quran (a free PDF version recommended by Dr. James White of aomin.org) and a good Bible translation (such as NASB), and do some reading. This way, you will not only be prepared to talk to Muslims, but also better know Christianity. The worldview ‘battle’ is not ultimately won in the courts, but in the mind!